The main reason for the election of this date was because the Constitution of the World Tourism Organization was adopted on this day in the year 1970. Accepting this idol is seen as a milestone in the effort to promote global tourism. In Istanbul Turkey, in October 1997, the Twelfth UNWTO General Assembly decided that each year we could associate one country of the organization to celebrate World Tourism Day, with the same hypothesis that World Tourism Day in 2006 in Europe in 2007 and South Asia in 2008, 2008. It was celebrated in Africa in the United States in 2009 and in the Middle East region in 2011. The United Nations General Assembly decides the theme of World Tourism Day every year. Objective of World Tourism Day:Tourism not only helps in bringing back the moment of happiness in our life but it also plays an important role in the social, cultural, political and economic development of any country.

“Tourism and Rural Development” celebrates the sector’s unique ability to drive economic development and provide opportunities outside of big cities, including in those communities that would otherwise be left behind. World Tourism Day 2020 also highlights the important role tourism plays in preserving and promoting culture and heritage all around the world.

In today’s time, tourism can be a platform for overcoming the pandemic. By bringing people together, tourism can promote solidarity and trust where the first need of every country is to strengthen the economy, the economy of many countries revolves around the tourism industry. European countries, coastal African countries, East Asian countries, Canada, Australia etc. are the countries where the income from tourism industry gives a boost to the economy of the country. Tourism is an essential pillar of the 2030 Agenda for Sustainable Development. This was the first attempt of its kind to present the country’s tourism potential to the world. Development in the tourism sector was earlier under the state governments. There was little effort at the level of coordination in the states. If the opening of the country to foreign tourists is done by the right and accurate marketing, then the direct linkage of the tourist places with the airports has played an important role in the development of the tourism sector.

Today even the sightseeing of tourist destinations is important. People are eager to know about the outside world, even in the narrow distance. This is why tourism has become a thriving industry in the world today. The purpose of celebrating this day is to spread the world and spread awareness about how tourism helps to increase social, cultural, political and economic values and mutual understanding globally. Tourism is a truly diverse sector having a promising potential and growth, and is one of the vital aspects in the economical and developmental growth of a region or a place. The Director of the NFCI Mr.  M.S.Nagpal had a long standing association with the tourism industry of Haryana, with his colossal efforts and hard work, augmented the tourism inflow into the state in a big way. As a Project Manager, Harayana Tourism from the year 1974-81, he was associated with several leading tourism layouts like – Parakeet Resort, Pipli, Kurukshetra District, Karna Resort, Karna Lake, Karnal district, Oasis Fast Food, Karna Lake, Karnal District,  Skylark Tourist Resort, Panipat,  Ethnic India Tourist Resort, Rai, Sonipat district , to name just a few. 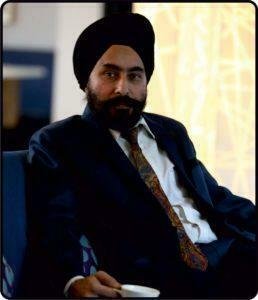 absorbed the fine nuances of the tourism sector from his father’s rich experience. At a very young age, he also comprehended on the  acute dearth of skilled personnel to cater to the needs of the ever-expanding tourism industry and other inter-woven sectors like the Hotel Industry, Food and Beverage Industry, Hospitality Industry and also the Travel Industry. With his  impeccable foresight and a strong urge to make a transformation in the promotion of tourism in his home state – Punjab, Mr.Pemninder Singh, initiated his venture – NFCI – in the year 1999. With a humble but a visionary start, his initiative flourished by providing focussed training to the aspiring youngsters who wanted to make it big in the hospitality world. The popularity of the core centre of NFCI reached far and wide, and with the growing demand of more and more trained individuals, NFCI Centres were launched in the major cities of Punjab. With an unprecedented growth in tourism and hospitality industry, NFCI Centres were also launched in Haryana and more recently in Himachal Pradesh.

With the inflow of tourists and visitors to India for various reasons like investment projects, business programs, cultural and leisure visits, the need for excellence centres providing state-of-the-art training to budding entrepreneurs  catapulted  the launch of NFCI Centres pan India, heralding the era of vibrant tourism and hospitality – as endorsed by our worthy Prime Minister.

The entire workforce of the NFCI family is forever indebted to the far-sightedness of the founders, who have set standards and contributed in a colossal way to the tourism,  and the hospitality industry, and created a niche for NFCI in the realm of skilled training and education.

Here at NFCI, we provide excellence in learning, so our budidng Chefs can travel across the globe to learn and explore more. At NFCI Hotel Management Institute, We celebrate World Tourism day
every year by arranging some workshops, seminars & related activities.